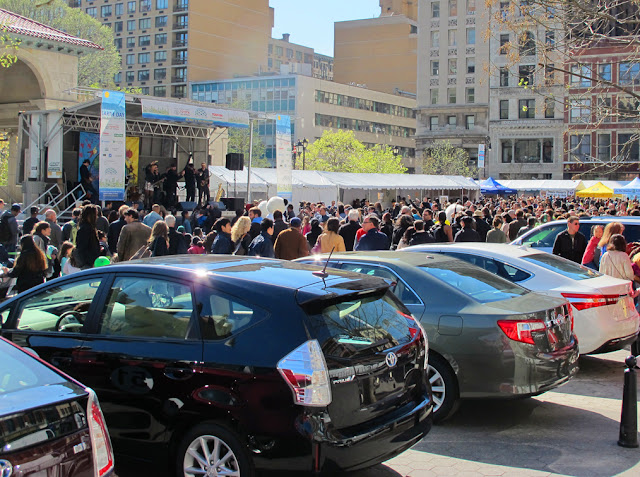 After the CO2 E Drive Performance through the streets of the Big Apple, many of the participating vehicles entered Union Square for the "Cat Walk Performence" and Green Car Exhibition. The sun was out and Union Square was packed with New Yorkers celebrating Earth Day 2013. 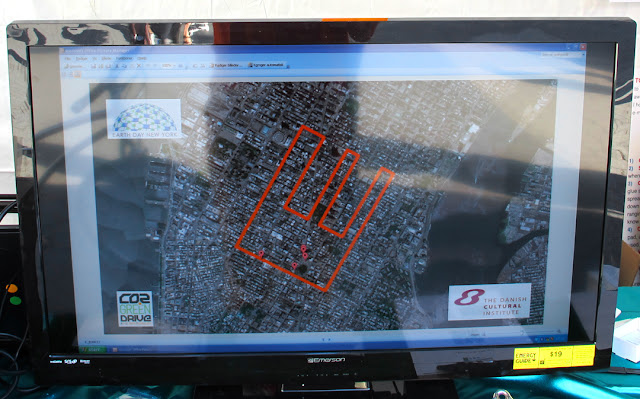 In CO2 E Drive's own tent, people could see the "Tagging Performance" LIVE on a screen sponsored by the Greek Cultural Institute. 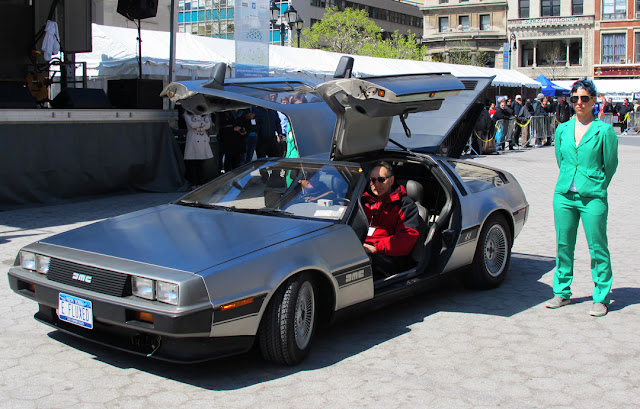 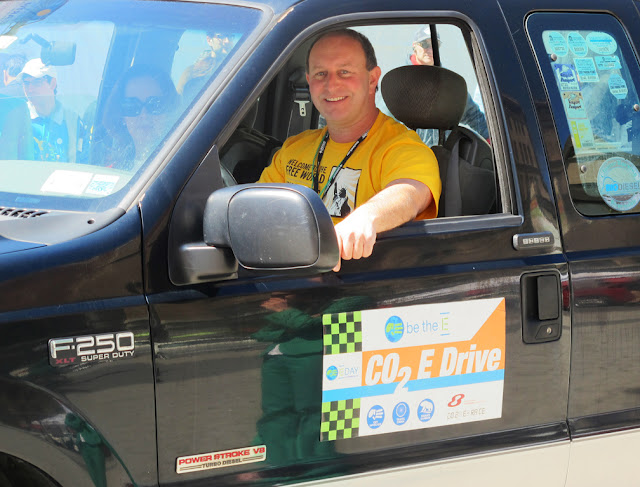 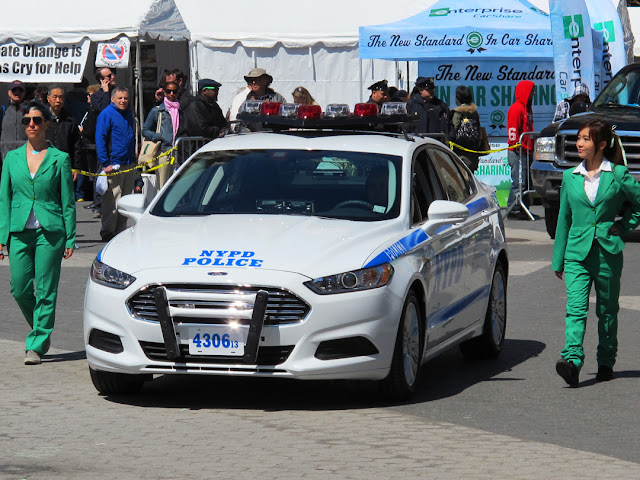 The Electric Ford Focus from NYPD 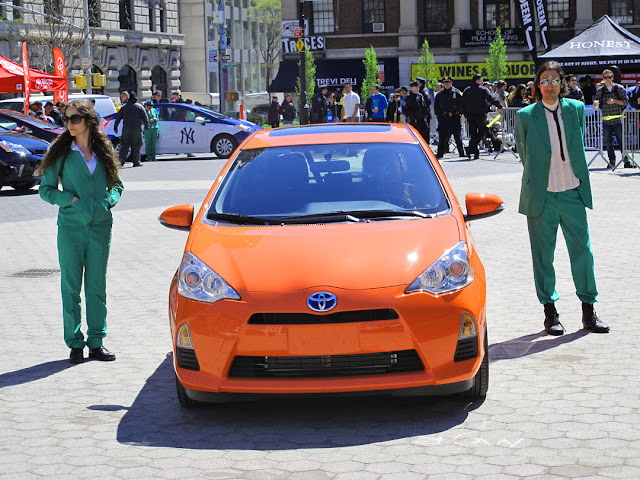 The Orange Toyota Prius from Toyota could hold its own, next to the cool models from Mr Green 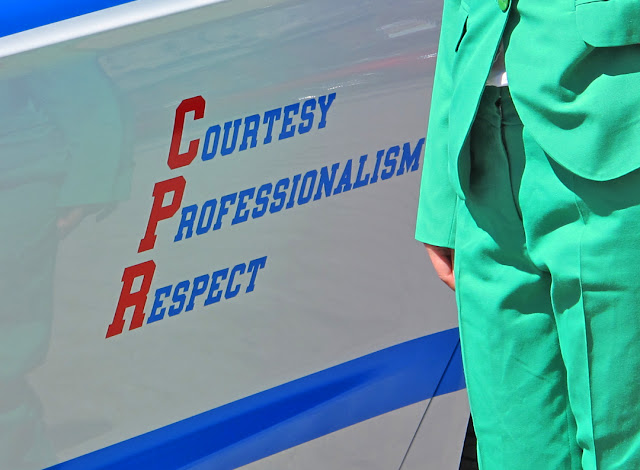 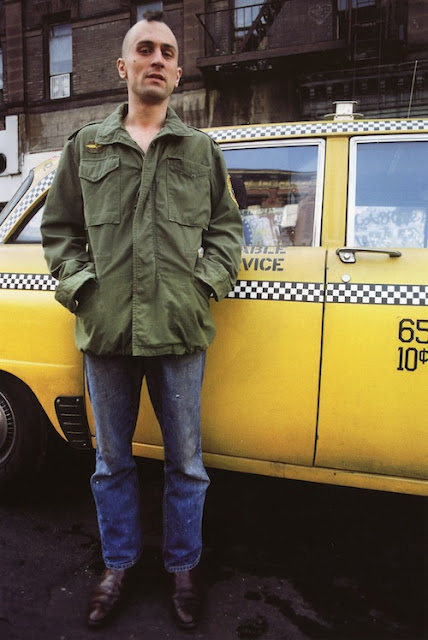 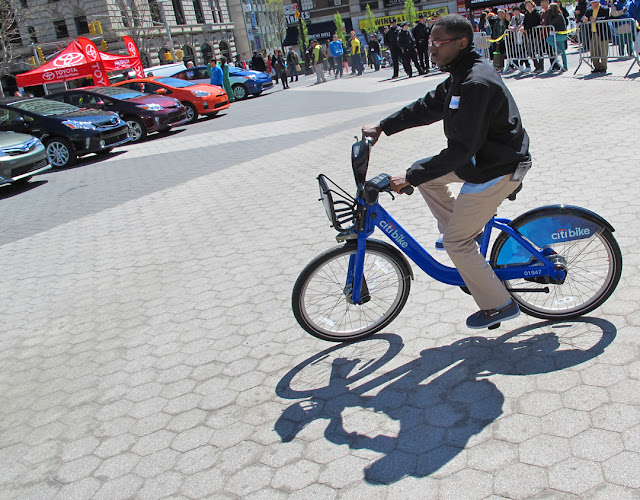 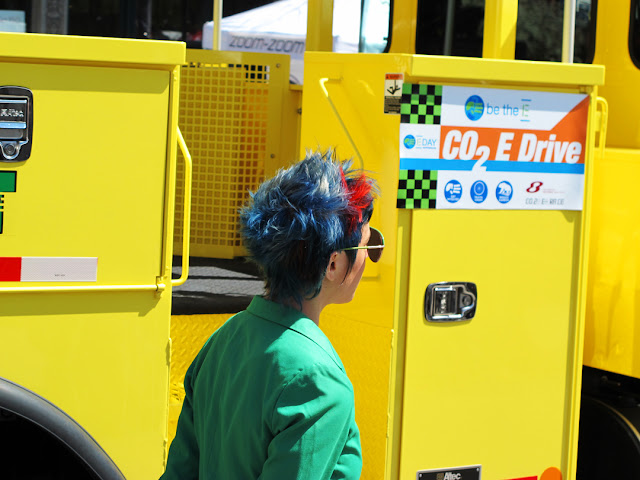 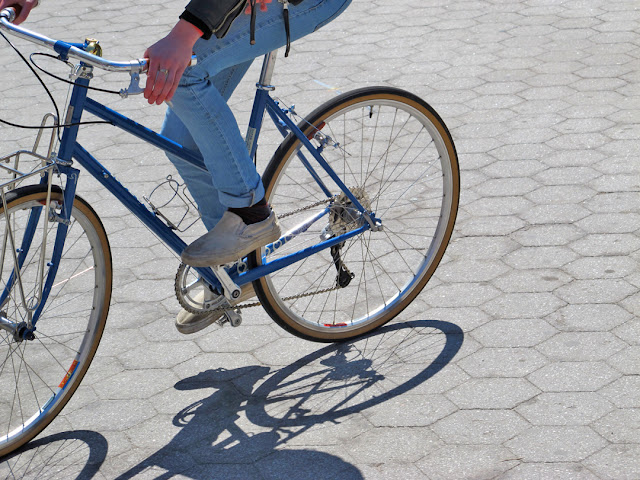 The Horse Bike on the Cat Walk 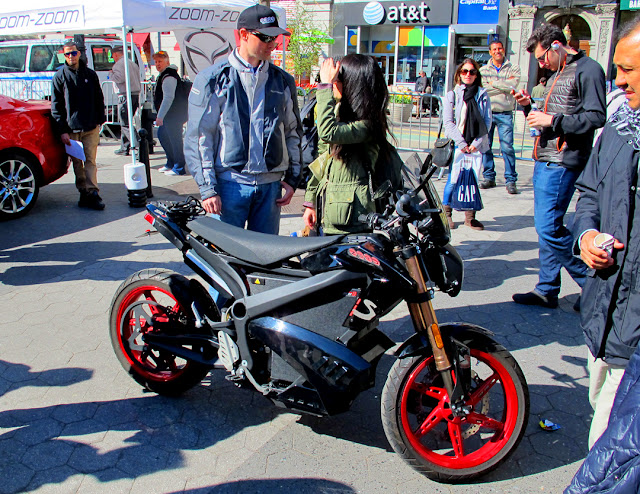 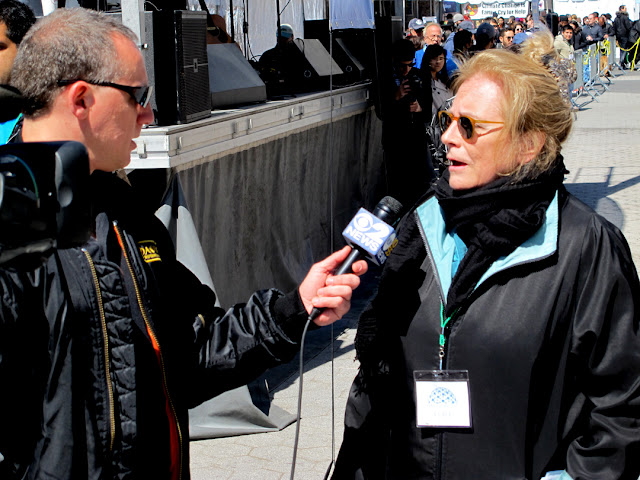 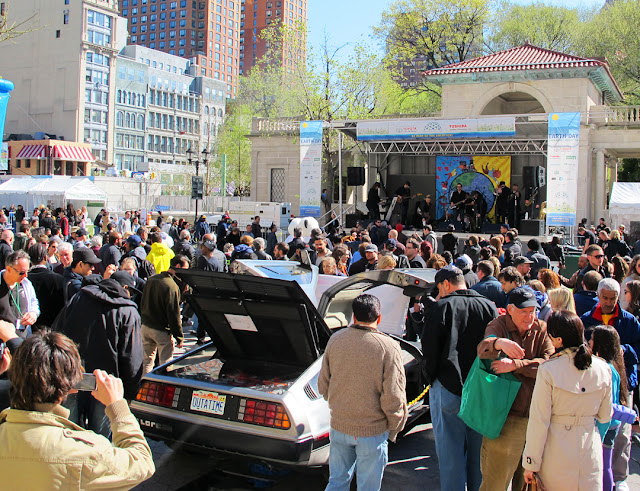 The Crowd on Union Sqaure that also included several concerts and events all day.See more about what happened Earlier in the Day for the "E" Tagging Performance HEREThanks as Always to Earth Day New York and their wonderful staff for making it all happen!Stay tuned with Next post, including The Harlem Shake and various other images from the afternoon!
Posted by Jacob Fuglsang Mikkelsen at 6:10 PM No comments: 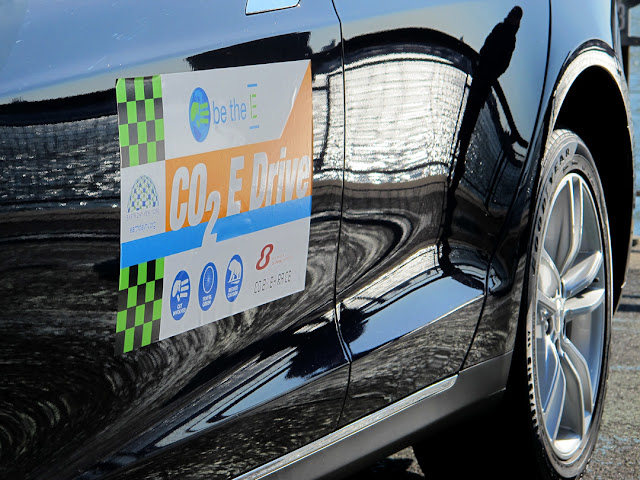 On April 21st 2013, the 3rd Annual version of the CO2 E Drive in collaboration with Earth Day New York took place. Once again, the start was at the Solar One Building, on the East Side waterfront. A building that almost got totally destroyed in connection to the Sandy Storm in 2012. It was a lovely sunny morning and a many new members of the CO2 E Drive New York Family was in attendance. 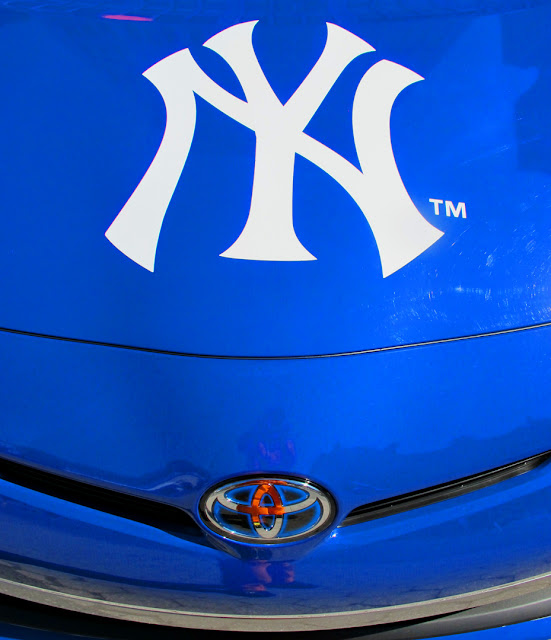 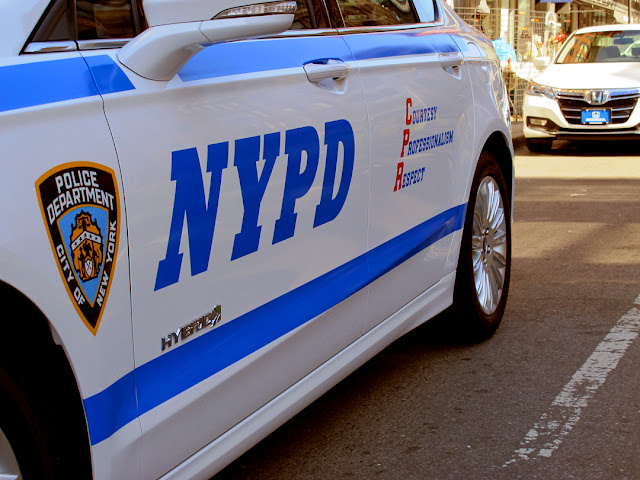 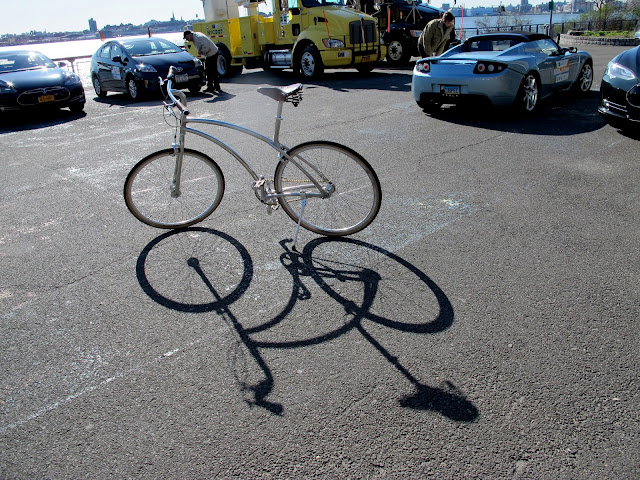 The AOI Bicycle, that Yrs Truly rode with great pleasure. It is the same Bike that was in the Hong Kong version from December 2012. 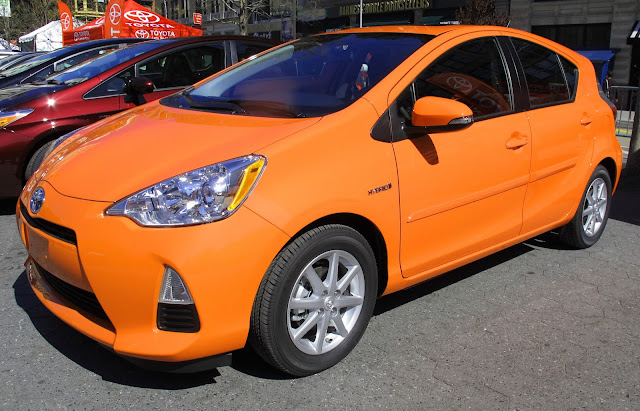 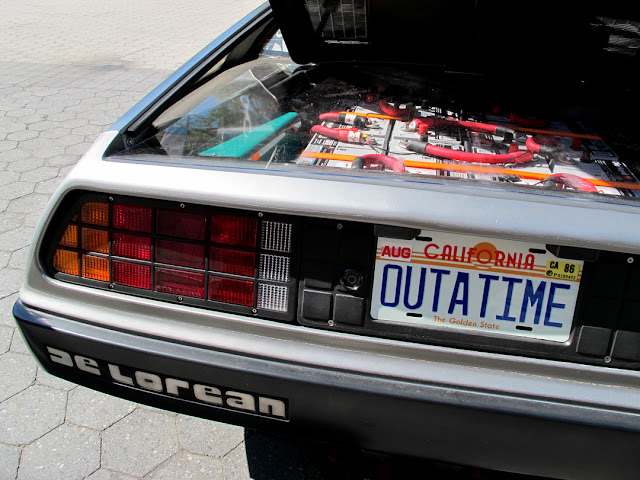 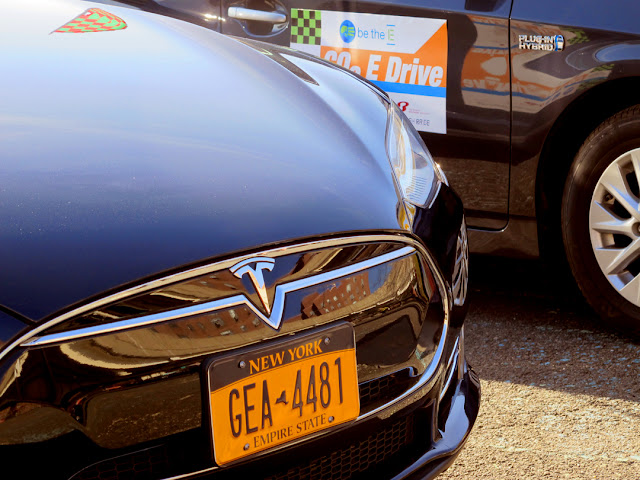 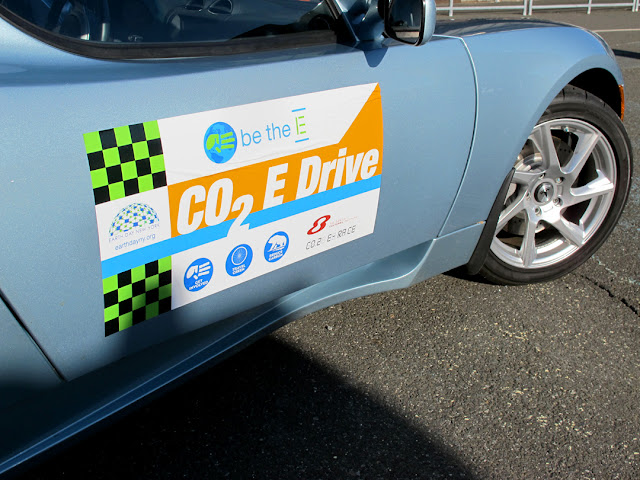 The Tesla Roadster driven by our Danish friends, that was also part of the 2011 version 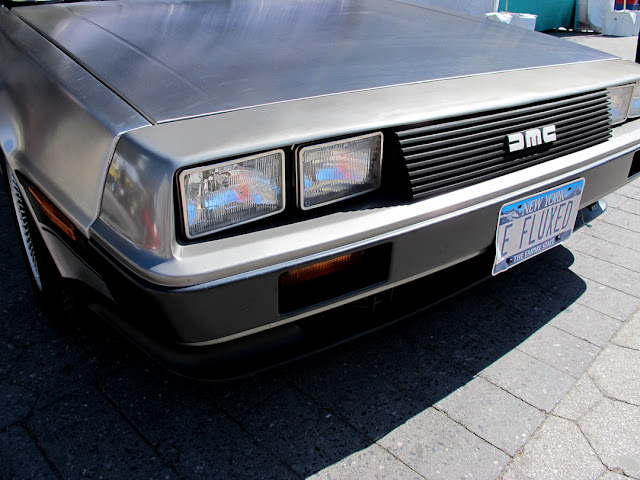 Details of the DeLorean - So Fine. 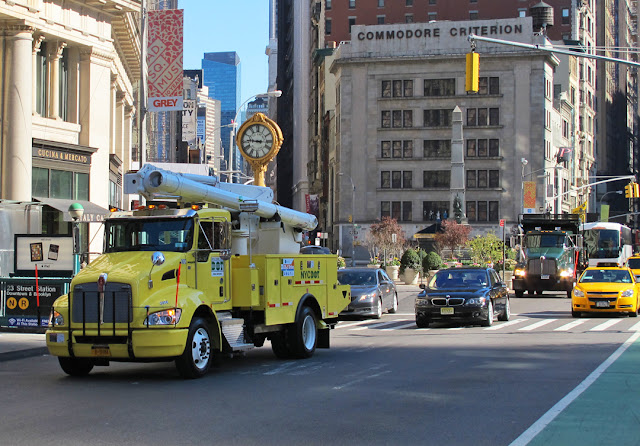 Here the Yellow New York City Hybrid Truck is on 5th Avenue, about to make the turn down 23rd Street 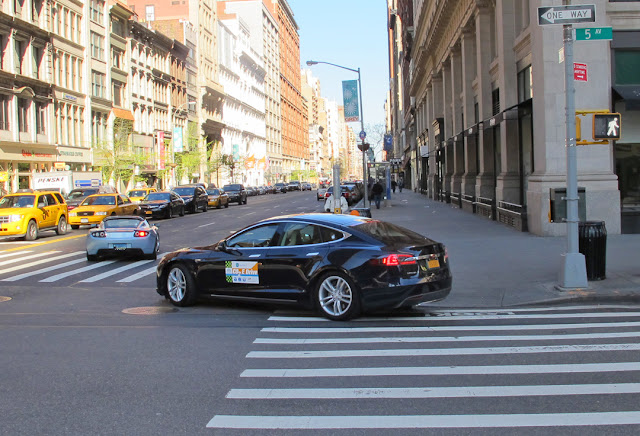 The two Tesla's racing each other, doing the turn down 23rd Street way ahead of the rest of the others... See more in the next post, with images from the "Cat Walk" on Union Square!
Posted by Jacob Fuglsang Mikkelsen at 6:08 PM No comments: